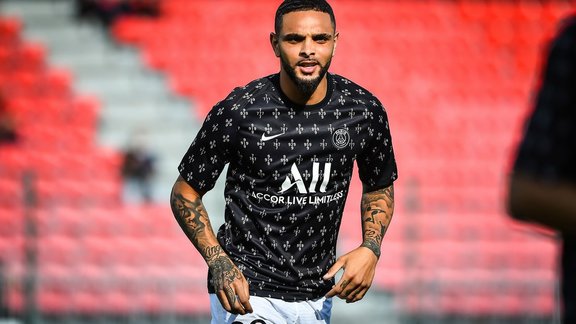 While Chelsea would like to repatriate Emerson Palmieri, OL would consider recruiting Layvin Kurzawa to fill his potential departure. And that falls rather well for the PSG, since the Italian left side would be excited by the idea of ​​finding the Blues of Thomas Tuchel this winter.

Deprived of Ben Chilwell, injured, Thomas Tuchel would like to complete the return of Emerson Palmieri . Currently on loan from the Blues, the Italian defender could leave a great void to OL if he were to leave during this winter transfer window. To overcome this potential departure, Jean-Michel Aulas would already have several tracks in mind, and in particular the one leading to Layvin Kurzawa. And while the former AS Monaco is undesirable at PSG, Emerson Palmieri could do a great service to Mauricio Pochettino and Leonardo.

According to L'Equipe information, Emerson Palmieri would be seduced by the opportunity to return to Chelsea before the end of January. According to the French media, the player's entourage would push for repatriation to the Blues of Thomas Tuchel. For his part, Emerson Palmieri would privately assure that he is willing to finish the season at OL because he has pledged to do so, but Chelsea 's willingness to bring him back would give him pause. Bodes well for PSG, who would absolutely like to get rid of Layvin Kurzawa this winter.