Andrey Rublev – after leaving the tournament in St. Petersburg: “Everything will be super at the Davis Cup” 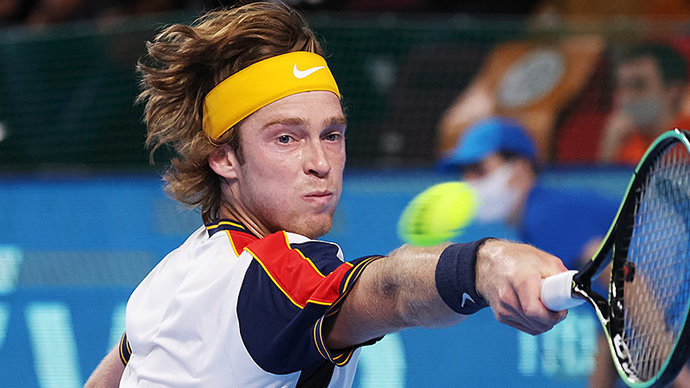 Russian Andrei Rublev commented on the defeat of the Dutchman Botik van de Sandshulp in the quarterfinals of the tournament in St. Petersburg.

– What was inconvenient in the opponent's game?

– Yes, there was no such thing that he delivered any inconvenience. In general, he played a very good match for himself, for his level. I couldn’t show good tennis to beat him. He acted to the best of his ability, I played the usual masts. This is not enough to win. There were chances, there were chances, I was already leading with a break, but still it was not enough. In decisive moments, the opponent played better.

– I would not say that the matter is in reading. The fact is that I just served very badly, there was no stability. The second was very weak, the percentage of the first was low. It's hard to play at this level with a serve like that.

– Was the result of the four-year-old match in which you lost somehow dominated?

– No, this is a completely different game. I didn't even know that it was him then, until you told me about it.

– Did you consult before this match with Evgeny Donskoy, whom Botik beat the day before?

– What are the prospects for van de Sandshulp in the Asia-Pacific region, in your opinion? He is now 62nd. How far can it go?

– How old is he now? 26? Honestly, I don’t know, it’s very difficult to predict, since he has already formed a game. I do not understand what else can be added to him. Then everything will depend on the results, on his approach. This is not the case when you see that a player is 60 and has some unrealistic potential. Bottik has a good solid stable backhand, good righthand, he opens the court well, strong tight serve, runs well, defends himself. Now, as I understand it, he is playing his best season.

– There are no Russians left in the grid, none of you could achieve success in St. Petersburg. Will you have time to recover for the Davis Cup?

– I think so, of course, why not? These are completely different emotions, different tension. This is a team. You know that even if you lose the match, nothing is lost. You are together, you support each other. Plus the guys will have some rest. I think everything will be great.

– Where else will you play before the end of this season?

– I will play Paris, Turin – the last two tournaments this season. I would like to perform well, feel that I can win cool matches again, play on a par with strong players.

– Has the psychological fatigue accumulated or the match just didn't work out, nothing more?

– Probably there is such a thing by the end of the season. I play every week. Before Turin there will be time to calmly practice, analyze everything, prepare. Now the most important thing for me is Turin. I will do everything to approach Turin in the most stable psychological state and good playing condition, '' said Rublev.

Van de Sandshulp's rival in the semifinals will be Marin Cilic. The second pair of finalists in the St. Petersburg tournament were Taylor Fritz and Jan-Lennard Struff.