Bobrovsky won a jubilee victory, Svechnikov scores in every game of the season 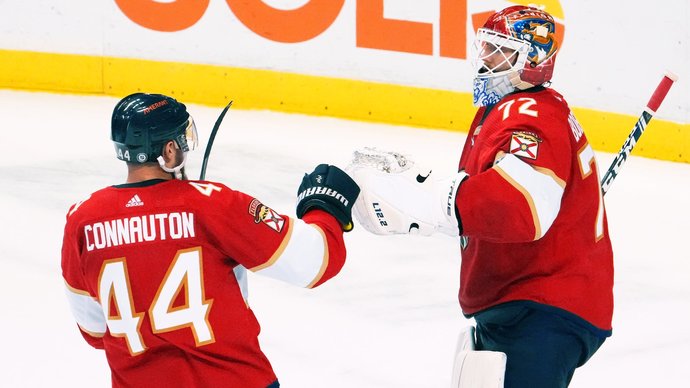 Florida have won their fourth win in four games since the start of the season. This time it was the Colorado beat. Sergei Bobrovsky saved 30 out of 31 shots and was recognized as the first star of the match, but this victory was the 300th in the career of the Russian goalkeeper.

Of ours, only two Yevgeny Nabokov (353 wins in 697 matches) and Nikolai Khabibulin (333 in 799) reached this mark. Bob won 300 victories in 541 games, which is very cool for modern hockey when the teams are aligned. Faster in NHL history was only the legendary goalkeeper of the undefeated '50s Montreal, Jacques Plant, who took 521 games to do so.

Dmitry Orlov and Evgeny Kuznetsov scored a goal against New Jersey and made it to the top three after Washington beat New Jersey.

Alexander Ovechkin did not score this time, but gave two assists to his Russian partners. Thanks to this, Ovi scored 1328 (734 + 594) points in his career.

Wayne Gretzky is the unattainable leader in the number of points for his career in the regular championships – 2857 (894 + 1963).

Andrey Svechnikov became the fourth player in the last 35 years to score in three starting matches of the season.

Today Carolina defeated Montreal, and the Russian forward scored the puck, which, as it turned out later, became victorious, now he has 4 goals in three matches.

Another goal was scored by the Finnish prodigy Jesperi Kotkaniemi, who moved to Carolina from the Canadian club in the offseason.

Montreal became the absolute worst team in the season that started – 5 defeats in 5 games.

The Rangers goalkeeper has once again become one of the main creators of success. He saved 28 of 29 shots and was named the second star of the match. 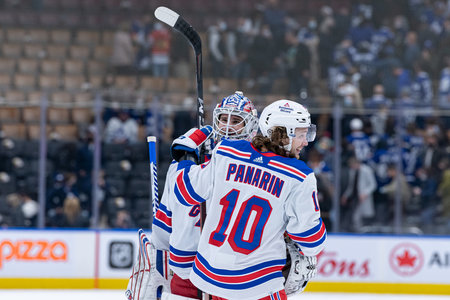 The first star was forward Alexis Lafrenier, who scored the winning goal, and became the author of the assist. Artemy Panarin played 20 minutes, shot 4 times on goal, but left without points.