Boston beat San Jose in the NHL, Barabanov got an assist 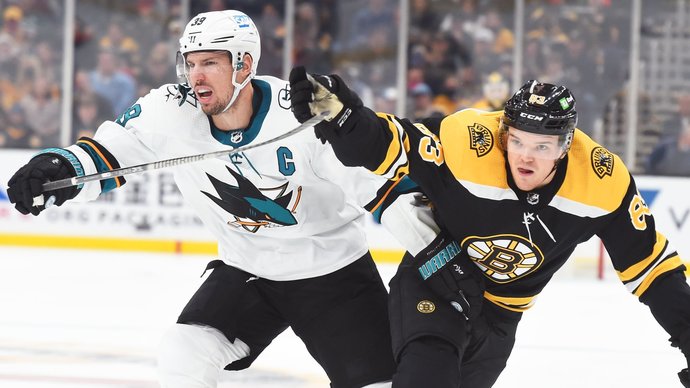 In the next match of the NHL regular championship, Boston played host to San Jose.

The meeting ended with the score 4: 3 in favor of the hosts.

Boston hit the visitors' goal three times in the first 16 minutes of the game. Goals on the account of Brad Marchand, Derek Forbort and Czech David Pastrnyak in the majority. At the end of the first period, Jasper Wiederbay played one goal.

However, in the second 20-minute, Jake DeBraske regained a three-goal lead.

At the end of the meeting, Czech Tomas Gertl and Swiss Timo Mayer made the defeat of the guests less painful. However, the Sharks failed to achieve more.

Gertlu was assisted by the Russian forward of “San Jose” Alexander Barabanov.