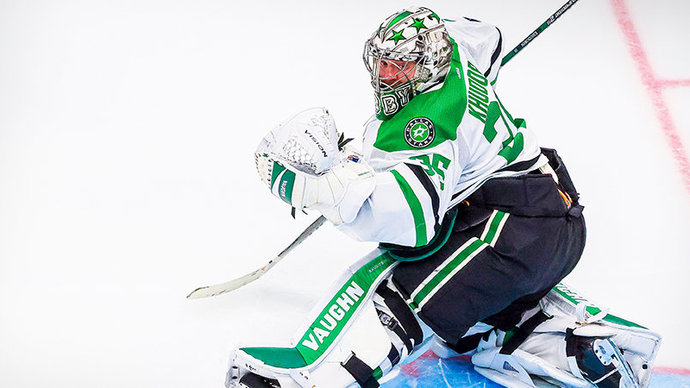 Dallas put goalkeeper Anton Khudobin on the draft refusals. Now, in the next day, the Russian goalkeeper can be picked up by another NHL club.

“We abandoned him for two reasons: Dallas needed a place in the squad with his injuries and illnesses, and Khudobin himself needed to play matches,” journalist Matthew De Franks quotes Dallas general manager Jim Neill.

35-year-old Khudobin has not appeared on the ice since November 18. In the current season, he has played seven games in the NHL regular season, in which he conceded 23 goals.