Denis Shapovalov: “I want to enter the top 5 players, I even want to become the first, I do everything for this” 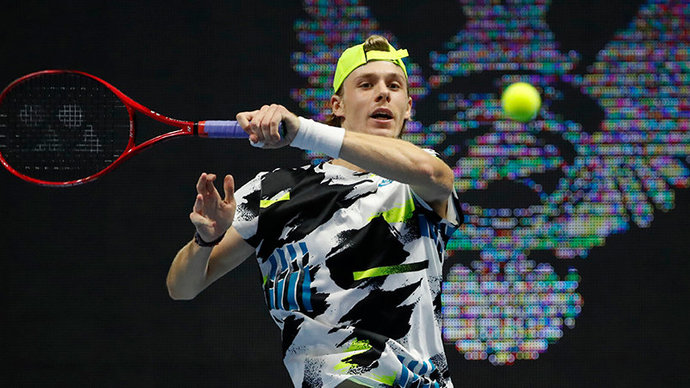 – This year the American series has been dragging on. How did you manage to acclimatize?

– We were there long enough, I only arrived on Friday. Of course, acclimatization is not very easy this time, but we have to fight with it, this is just another thing with which we, tennis players, have to live. On the one hand, it's great that so many tournaments were in America, on the other hand, then it's really difficult to move to the other side of the world.

– You will play your opening match either with Pablo Andujar, or with Federico Delbonis. What can you say about these rivals?

– I played with both, I know them well enough. I recently met with Delbonis at the US Open, I felt quite comfortable playing against him. Federico has a good serve, he likes to play actively on the right – there will be quite fast tennis. With Anduhar it will be the other way around. He loves to pull points, play long matches. You need to tune in to these rivals in different ways.

– Lefties are usually characterized as players of great personality. Lately, you have been consistently at the top. What allows you to play at such a high level? Do you see yourself in the top five?

– I don't know exactly when I see myself in the top five, but, of course, I want to enter it, I even want to become the first, I do everything for this. I am quite active, my tennis is different from what many players show on the tour. I like to get on the court, end the rallies at the net. It seems to me that it is not easy to play with me when I am in good shape. If I work and move on, then, of course, anything is possible.

Recall that the tournament will be held in St. Petersburg from 25 to 31 October.