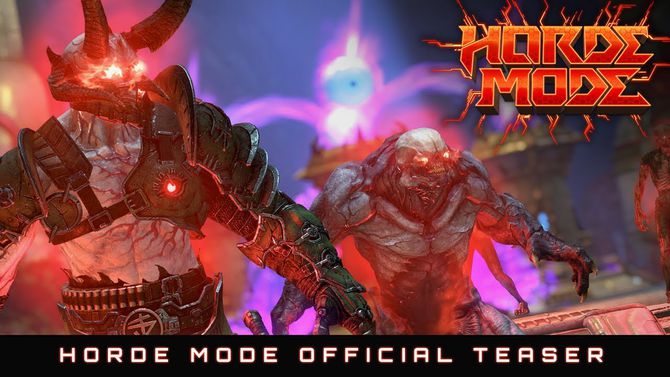 Bethesda has released a teaser for the 6.66 update for Doom Eternal. The video is available on the official channel of the publisher.

A full presentation of the update will take place on October 22nd. On it, the developers promise to demonstrate the gameplay of the new Horde mode and talk about its features. “Horde” will offer battles in arenas with waves of monsters that are getting stronger. Players will have to complete various challenges for which new content will be unlocked. In addition to the Horde, players will also have two new master levels, an updated Battlemode with improved selection of opponents, and the Fortress arena.

The release of update 6.66 is scheduled for October 26th. The developers call it the largest shooter ever. Doom Eternal was released on March 20, 2020. The game was released on PC, PlayStation 4 and Xbox One, and later on Switch. The average rating for a shooter on the review aggregator Metacritic is 88 points out of 100 from the press and 8.2 out of 10 from users.