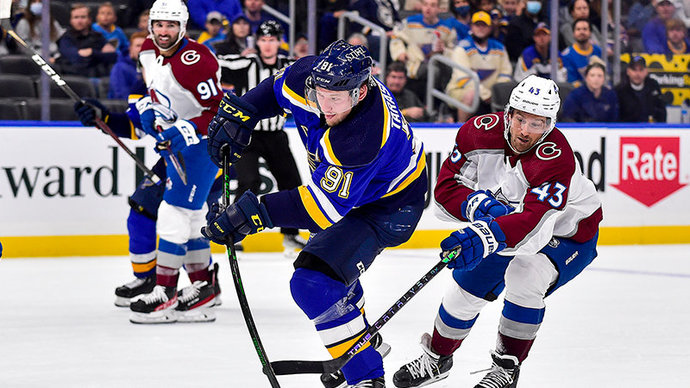 NHL Commissioner Gary Battman, as promised, met with the Florida head coach to clarify his role in the 2010 sex scandal at Chicago, where Kenneville was then head coach. Recall that a young player from the Chicago farm club Kyle Beach was sexually harassed by a video training coach, which became known to the club's management. However, the bosses decided to postpone the decision to investigate the incident, as the team was preparing for the Stanley Cup final series. According to the victim, Kenneville told him that fighting for the Stanley Cup was more important than sexual assault.

Chicago then won the Stanley Cup and two more in the next five years. Kenneville was named the best coach of the decade. For the last two years he has worked at Florida. In the championship that started, the club won all 7 starting matches and is in first place.

It will now be difficult for the famous specialist to find a job in the NHL, as has already happened with former Canadian coach Bill Peters, who was forced to resign due to accusations of racist statements against player Alim Aliu. Peters is currently coached by Avtomobilist.

Vladimir Tarasenko returned to the role of the leader of St. Louis. Today he has a goal + a pass and the title of the second star of the match, and in six games from the start of the season there are already 8 (4 + 4) points. The Russian striker also celebrated a small anniversary – 450 points per career. The Bluesmen, however, lost to Colorado, where everyone congratulated Cale Makar: he scored 100 points in his career in 108 games, and this is the sixth highest in history among all the defenders of the league and the ninth among the active players.

It was their first defeat of the season for St. Louis and Calgary is now leading the Western Conference.

Montreal became the worst team in the league at the start of the season, losing five matches in a row, but in recent days the situation has begun to improve: two wins in three meetings.

Today the Canadians have sorted out at a party with San Jose. One of the goals is scored by the Russian defender. In the middle of the second period, he launched the puck from the blue line into the bottom corner. Romanov spent 20 and a half minutes on the ice, got a +2 usefulness indicator, and two seconds before the final siren, he grappled with the newcomer Sharks Gadjovich in a fist fight.

It turned out to be a bright fight with an exchange of blows, which our hockey player got the most. It is a pity that we did not manage to earn an assist, it would have been the first hat-trick of Gordie Howe in his career, but the title of the second star of the match today belongs to Romanov.

Champions pick up speed after a hesitant start. Today, “Tampa” did not leave a chance to “Arizona”, which lost for the seventh match in a row.

Andrey Vasilevsky saved 24 out of 25 shots and became the third star of the match, Mikhail Sergachev has one pass.

Ivan Prosvetov, who was called up from the AHL farm club, played at the Arizona goal, but he was not lucky with an opponent today. 28 shots on target, 23 hit back, reflection percentage – 82.

Carolina remains one of only two NHL teams that have not lost a single match. This time from the “Hurricanes” went to “Boston”.

Andrey Svechnikov set the final score, throwing into an empty net 25 seconds before the siren. He scores points in every match from the start, and now he has 6 goals and 4 assists.

But Kirill Kaprizov did not score again, however, he gave a pass when Ryan Hartman opened the scoring. But then the Kraken got down to business and strangled the guests from Minnesota. Kaprizov has six shots on target and a score of minus 2.