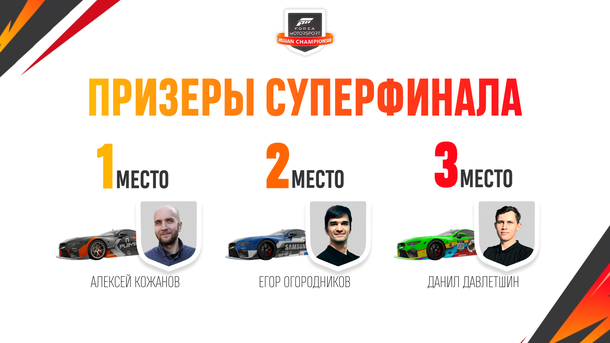 The All-Russian Forza Motorsport Championship 2021 ended with the Super Final, which was held at the Yota Arena. Alexey Kozhanov became the winner of the competition. Yegor Ogorodnikov and Danil Davletshin were also among the top three winners.

The top ten riders took part in the super final and won the preliminary stages. The Forza Motorsport Championship 2021 culminated in a series of three runs at Circuit de Prague, Mugello and Hockenheimring, where players drove a BMW I8, BMW M4 GTS and BMW M8 GTE, respectively.

The prize fund of the superfinal at the Forza Motorsport 2021 Championship was one million rubles. The tournament began back in February with qualifiers, in which more than 16 thousand players took part. The recording of the final races is available on VKontakte and on Twitch.