Is it effective to use the strategy of betting on TM 1.5 of the first half? 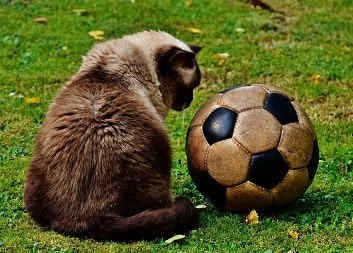 The essence of the strategy under consideration is placing several bets on the most likely outcomes as insurance. The system of bets on total less than 1.5 in the first half of a football match is based on such a phenomenon as an incomplete surebet.

The goal is to maximize the likelihood of winning. At the same time, the technique is not a win-win, because the failure of all bets is not excluded.

Let's analyze two variants of the strategy and try to understand how expedient it is to use this approach for playing in bookmakers.

Pick up opponents who score few goals before the break.

100 rubles are allocated for the event. The following outcomes are played out:

Due to the odds, the example is not perfect, but the main thing is that you get the point. The bottom total of the starting 45 minutes is selected, a draw 1: 1 and the win of the favorite.

The size of each bet depends on the quotes (you can calculate it using the surebets calculator).

Ideally, you need to do so that when one of the options enters, it returns losses on unsuccessful deals and brings a small profit. However, it will not always be possible to do this (as in the example that is now being considered).

The bottom line is that the strategy involves the use of meetings of clearly ineffective clubs. Bookmakers understand that the teams play on defense and there won't be a lot of goals, especially at the beginning, so they offer low quotes.

Possible scenarios for the 1st half:

Let's calculate the net income of each scenario (excluding 100 rubles spent on bets):

Of the five scenarios, only the first is favorable in our case. Perhaps the third will also turn out to be profitable. Such deplorable results are associated with quotes, but if you increase them or change the amount of bets, the picture will not change dramatically.

[stextbox id = 'info'] You need to play in several bookmakers. First, you will be able to choose the highest odds. Secondly, you cannot bet on dependent outcomes with one operator [/ stextbox]

The risk level of the strategy clearly does not correspond to the potential benefit. Even if 3 scenarios bring a certain profit, then 2 – completely take away all the funds allocated for the match.

This approach differs only in outcomes that are flirted:

The methodology is based on the fact that if you pick up opponents who more often finish matches with a lower total, then they are unlikely to score twice before going to the locker room. Even if this happens, most likely, there will be a 1: 1 draw or the favorite will win 2: 1.

For a change, in the example we will use another duel – “Asteras” – “Larisa”.

We allocate 100 rubles and put the following amounts on the previously announced markets:

This time the amounts are calculated exactly (on the surebets calculator, only rounded to the ruble). Will the situation change?

Net profit 5, 8.5 and 2% respectively. These are acceptable indicators for a surebet, but not for a situation that does not guarantee a win.

Calling the strategy non-working is not entirely correct, because the example in the second variant with the exact calculation of the amount of bets showed that profit is possible if a less probable outcome does not occur (2: 0/0: 2 and TB 2.5).

The main problem of the technique is that it is effective in completely different events. Not in those where low performance is initially expected, which is why the coefficients on TM are low, but on the contrary, a productive match is likely.

Let's say a meeting between Lyon and Metz.

Immediately, what is striking is the more favorable value on TM 1.5 in the first half. Actually, it is decisive. If we apply the strategy in the considered fight, then the income, provided that one of the options is won, will amount to almost 23%.

For comparison, in the two events in the material above, the profit is at the level of 2% and 5% (excluding one first scenario in option # 1). The difference is significant.

It is more effective to use the strategy of betting on total less than 1.5 in the first half with a safety net in matches in which a lot of goals are expected, but you predicted low performance. However, if you have sufficient knowledge and skills to make such predictions, then you are unlikely to play on such a system.

Therefore, I do not recommend the considered strategy, since I consider it not only useless, but disastrous for the game bank. If you don't agree, we can discuss in the comments. Constructive criticism is only encouraged.