Jagr on the horizon, Gretzky in mind. Ovechkin rushes to the record, and Washington – to the first place 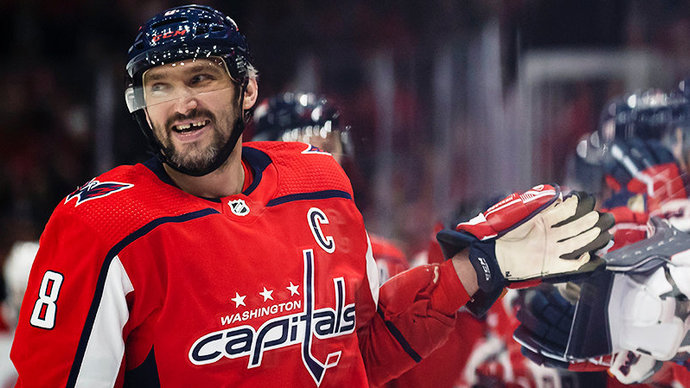 Before the start of the season, Alexander Ovechkin and Wayne Gretzky were separated by 164 goals. The pandemic and lockdown with an emergency stop in the 2019/20 season and a shortened regular season in 2020/21 seemed to have finally multiplied to zero Ovi's chances of catching up with the Great. And when in September the captain of “Washington” was also injured in the preseason match with “Philadelphia”, it seemed that the first place on the list of the best snipers of all time could be quietly forgotten. Better to think about the long-awaited Olympic medal or another Stanley Cup. But then this started …

Yes, as it did not happen even in his younger years. 19 goals in 23 matches is a grandmaster's figure. At first it seemed that this was just a good start, Alex would not be enough for a long time. Ovi became the best player in the first week and first month, but the pucks went further with varying degrees of success. A three-match lull in mid-November threw the forward a little back in the race with Connor McDavid and Leon Dreisitele and gave rise to doubts about Ovechkin's future prospects in the season. There was talk about the weak majority of the Capitals, about the fact that they play on their eighth number when there are better options. 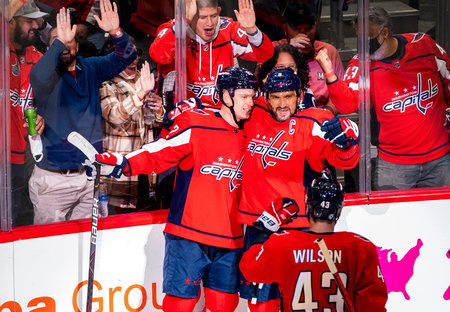 And then a double against San Jose and a hat-trick for the Panthers. Now we can say unequivocally: Ovi will again apply for Art Ross and Maurice Richard. He has already received the title of best sniper nine times, and the tenth anniversary will not be something unusual. He'd have to work hard to get around the Edmonton guys, though. But Ovechkin took the title of the main scorer only once, back in 2008, at the dawn of the confrontation with Sidney Crosby. Little Sid is far behind on points, Alexander is competing with the stars of the new generation, but he is still good. What is the secret of the second youth of the main Russian player?

Let's start with the banal. Due to his age, Ovi cannot oppose his opponents with speed, although this season he has several goals that he scored after a beautiful pass. But his main trump card is still a throw. Ovechkin began to hone an already developed component to perfection under Adam Oates, not the best coach in Washington's history, but he laid the foundation for the striker's current sniper exploits. Now the charge from the left circle is Alex's calling card.

Realizing that the rivals will sooner or later adapt to this, the captain of “Washington” continued to seek happiness in other areas. Puck, when Ovi appeared in front of the gate out of nowhere, he now has no less than after the signature throw. Reading the court and getting into position is an experience that compensates for the drop in speed. 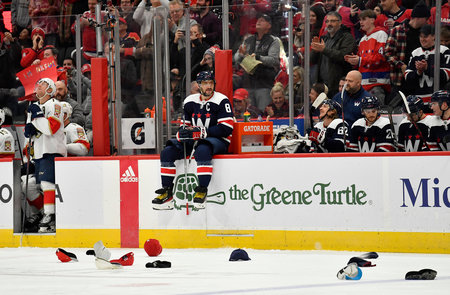 Finally, no one canceled the synergy with the team. A bunch of Evgeny Kuznetsov works wonders – there are radio-controlled transmissions from Kuzi, and cool jokes with Tom Wilson. And as soon as everyone believed that the Caps were being loaded exclusively on Ovechkin, he pulled off several rivals and organized the space for his partners. The result is an assistant hat-trick against Montreal.

Once upon a time, he sang just as well with Niklas Backstrom and TJ Oshi. Unlike the national team, where there is little time to search for chemistry, in Washington he almost always had complete order with this.

Gretzky not that far?

So, Brett Hull is behind, but there was no particular doubt about this line. The next target is Jaromir Jagr. Back in September, one could argue whether Ovechkin would catch up by spring 2022, given last year's 24 goals in 45 games. Now there are already 19 of them, some 17 are left before Jagr – with such a move Ovi will eat the great Czech in the winter. 52 goals to Gordie Howe is unlikely this season, despite all the feats. But in the next – quite. Still, let's get back to the main question.

There are 145 washers left to the top. This is one for eight periods over five years. Given the current pace, it is real, but will Ovechkin keep it by the age of 40? It is definitely better to push now while the game is on. Make a hundred in two and a half seasons, leaving around 50 for the sunset. While these numbers still look too solid. But a couple more of such productive months – and you can believe in anything.

There is no doubt that the club will help its leader go down in history. Ovi regularly takes the shot position when the opponents shoot the goalkeeper. Gets tons of playing time in the majority. Kuznetsov can ask for any money – while he and Ovechkin are doing this, “Washington” will find a place for him under the ceiling of salaries. And you can also talk as much as you like about the fact that the Capitals forgot about the Stanley Cup for the sake of the personal ambitions of one player. Only this very player has already brought the team to the leaders of the conference. And there is a feeling that the coming years will be extremely interesting both for Ovechkin and for the “capital” ones.