Karen Khachanov: “The main goal is to return to the top 10. I think I have this level “ 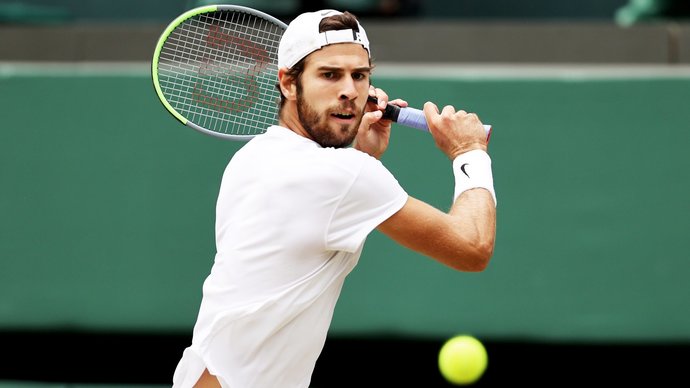 Russian tennis player Karen Khachanov, after defeating Australian James Duckworth in the second round of the VTB Kremlin Cup, spoke about the support of the fans, and also shared his goals for the rest of the season.

– They were actively cheering for you in the match against James Duckworth. What is this support group? And how do you feel about the advice and shouts of fans during the game?

– Little girls encouraged from the very warm-up. It's nice anyway. There was no tournament that year. For two years they did not see us at the home tournament. Everyone is waiting for him. I would like to see even more fans, but in the current situation with restrictions, not everyone can get in.

As for advice, I try to abstract myself. Sometimes I hear screams, sometimes not. If shouts in my direction, then it only encourages me.

– What goals remain for this season?

– There was a big pun on the rating: it was frozen for a year and a half. Now, we can say that the normal scoring has begun. I don't dwell on this. The main goal from now and next year is to return to the top 10. I believe that I have this level. I know how to get there. The most important thing is that I am healthy, motivated, a good team around me that I trust. I believe that we can move forward. In principle, I play the second part of the season quite successfully. Therefore, you just need to continue in the same spirit.

– Have you congratulated Andrey Rublev on his birthday?

– Of course, I congratulated him. This is one of my close best friends. I talked in the morning. On the courts, we did not cross. He left early and I played late. We talked with him. Maybe we'll sit down at the end of the tournament.