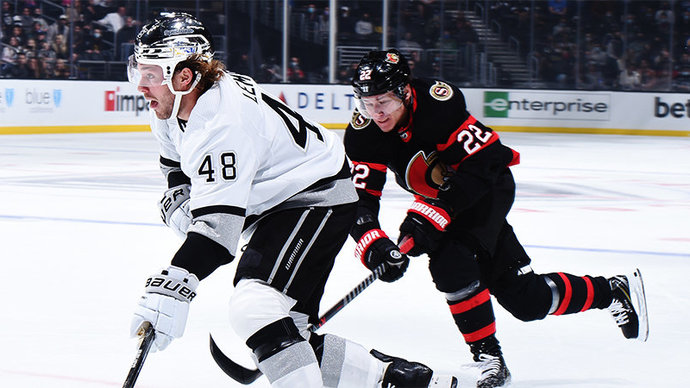 Los Angeles striker Brendan Lemieux has been banned from five games for biting an opponent in an NHL regular season match against Ottawa.

Also, almost 39 thousand dollars from the forward's salary will go to the emergency fund for players.

In the third period, there was a skirmish between Lemieux and Braden Tkachuk, during which the Kings forward bit the opponent's hand. After Tkachuk showed a bloody hand. Lemieux received a match penalty.

Lemieux is the son of four-time Stanley Cup winner Claude Lemieux. Tkachuk's father, Kit Tkachuk, has a past for St. Louis and was inducted into the US Hockey Hall of Fame in 2011.