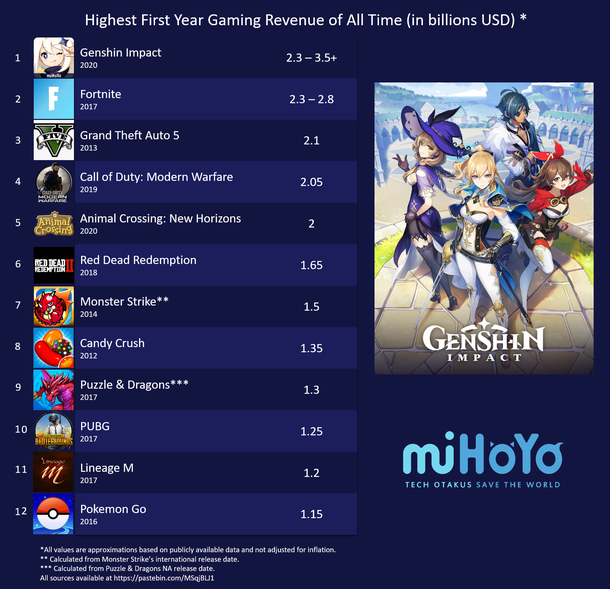 Genshin Impact grossed the publisher between $ 2.3 billion and $ 3.5 billion, making it the most profitable video game in history in terms of revenue in its first year after release. This was reported by the GameRant portal with reference to user calculations based on data from open sources.

Most studios and publishers do not publish accurate financial statements, so actual title performance may vary. However, if the user calculations were correct, Genshin Impact was able to break the Fortnite record, which earned the publisher between $ 2.3 billion and $ 2.8 billion in its first year.

Genshin Impact is an open world RPG that was released on September 28, 2020. The game is available on PlayStation 4, Nintendo Switch, PC and mobile devices. In less than six months after its release, it brought in a billion dollars to developers.