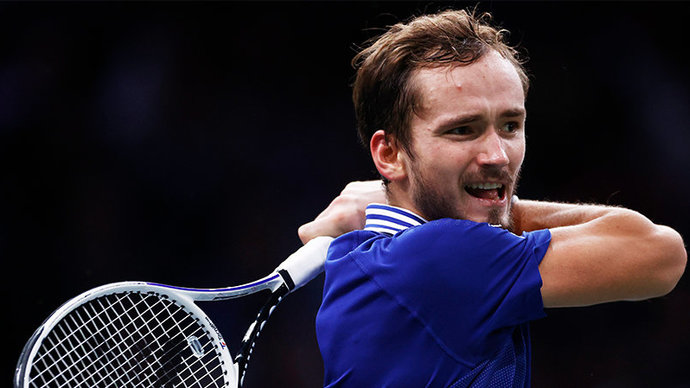 Daniil Medvedev spoke about his victory over the Italian Yannick Sinner. in the group stage of the ATP Final. The Russian won three victories and took first place in his quartet.

– You want to win and keep the momentum, but at the same time you do not want to spend three hours and 30 minutes and wear out your body. . The first set I performed at a pretty good level. In the second game, he was 100 percent focused, as he wanted to try to finish the match as quickly as possible, which did not happen because Yannick was playing at an excellent level. I'm just happy to win and will try to prepare for Saturday.

I think my serve was really good in three games. With a fast court, serving is really important. Now I will prepare for the semifinals. Sometimes this can be an advantage, and sometimes a disadvantage, when you have a day off before the semifinals, ”the ATP press service quoted Medvedev as saying.

In the semifinals of the tournament, Medvedev will meet with compatriot Andrei Rublev or Norwegian Kasper Ruud.