Mercato | Mercato – ASSE: After Russia, two very big projects are being placed to buy the club! 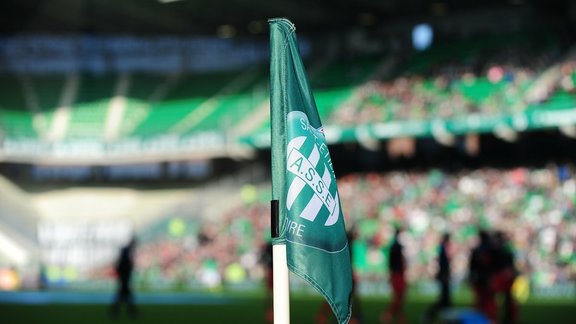 While the sale process of ASSE has been fully relaunched in recent days, several candidates are in the race to buy the Saint-Etienne club. In total, four projects, including three solid, have emerged and their identity is unveiled this Friday in the columns of L'Equipe.

On November 23, Roland Romeyer and Bernard Caïazzo published a press release in which they revealed that “the legal and financial guarantees provided by the candidates are insufficient. “Consequently, the offers of Jean-Michel Roussier and Olivier Markarian were not retained, but the sale of the ASSE is not for all that called into question. In fact, in the same press release, the club's shareholders revealed that “new candidates have come forward with files that meet the criteria requested by KPMG. “Among these new candidates, a first project was quickly revealed by L'Equipe, that of Roman Dubov , president of Total Sports Investments LLP , a venture capital firm, which already owns several clubs around the world. Present in the stands of Geoffroy-Guichard Sunday to witness the defeat of ASSE against PSG (1-3), Roman Dubov can rely on the support of Russian billionaire Sergeï Lomakin , 986th world fortune according to Forbes. There is therefore no doubt about the financial strength of this project and TSI has already sent a letter of intent with the bank guarantee of 100M € required by KPMG , the audit firm responsible for reviewing all applications.

A local project and an American compete with Lomakin

But the Russian project is far from being the only one in the race and offering solid guarantees. Indeed, in recent days, Le Progrès revealed the existence of at least two other wealthy candidates, one of whom had already invested in a football club. In its columns this Friday, L'Equipe unveils their identity. Regarding the candidate already established in football, it would be 777 Partners. This Miami-based private investment company has already bought 99.9% of Genoa shares for € 150 million and has just placed Andreï Shevchenko on the bench of the Italian club. The American company also owns shares in Sevilla FC and invests in many sectors. Steven Pasko and Josh Wander , the two founders of 777 Partners , are therefore at the head of a company presented as “a mastodon” by L'Equipe, able to compete with the means of the project Russian.

Another project could however succeed. Indeed, Roland Romeyer has always been in favor of the idea of ​​giving the keys of the club to an investor of the region when Bernard Caïazzo always favored the option of selling the ASSE to a billionaire capable of taking the Greens to another dimension. Two visions that are difficult to reconcile at first glance, and yet, according to information from L'Equipe, a local and powerful project could emerge. Indeed, the company Smart Good Things , which has already signed a partnership of three with the association of ASSE Cœur-Vert, could well switch to next step. Serge Bueno , founder of this company specializing in ecological and solidarity consumption, recently moved its head office to Saint-Etienne and refuses to see ASSE sold to foreign investors. A letter of intent should also soon be sent to the Forez club. And the hypothesis of seeing Olivier Markarian join the adventure is not to be ruled out. Businessman from Valence in Drôme, Markarian was already the bearer of a local project which did not convince KPMG . Supported by a Luxembourg financial company and by investors from Saint-Etienne, it could therefore come back in force. And if Olivier Markarian and Serge Bueno find common ground to join forces, their project would have nothing to envy those of the Russians or the Americans. And above all, the origin of their funds would be much more easily identifiable. A significant guarantee of safety in the eyes of KPMG .