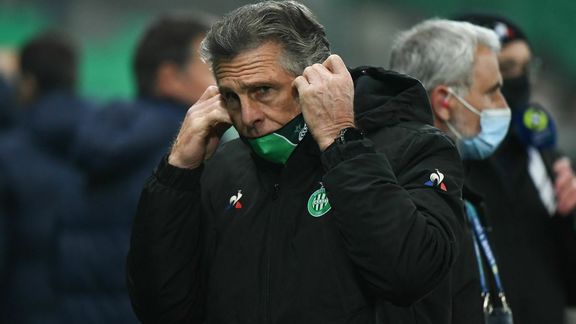 RMC announced this Monday evening that Claude Puel could quit his post as ASSE coach in the coming hours. However, according to other media, the technician could be on the bench against Angers this Friday.

Claude Puel seems to have burned his last joker. Widely beaten by RC Strasbourg Sunday (5-1 defeat), the technician could be dismissed from his duties in the coming hours. According to information from RMC Sport, Roland Romeyer and Bernard Caïazzo organized a crisis meeting on Monday to discuss in particular the ouster of Claude Puel. To replace him, the two leaders could opt for an internal solution by entrusting the reins of the team to Laurent Huard, director of the ASSE training center.

Puel could finally be present on the bench against Angers

But for Anthony Verpillon , the departure of Claude Puel would not be not imminent. According to information from the TL7 Loire journalist, the coach could finally be on the ASSE bench next Friday during the championship match against Angers . In other words, Claude Puel should not be sacked this Monday evening. Note that the executive president of the Saint-Etienne club, Jean-François Soucasse was not present at the meeting organized by the two strongmen of the ASSE .