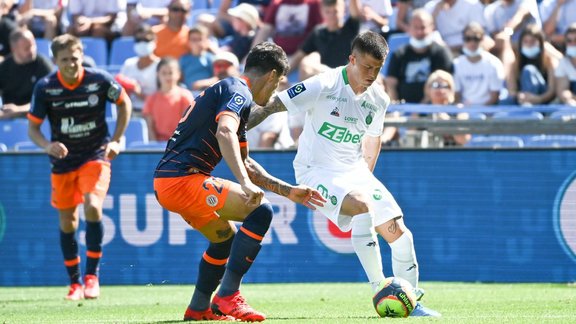 Arrived this summer at ASSE Ignacio Ramirez struggles to integrate and had a difficult start, but Antonela Lima, his wife, hopes that Claude Puel will give him back his chance soon.

In search of an attacker for several months, Claude Puel finally got the loan from Ignacio Ramirez in the last hours of the transfer window. The Uruguayan striker has landed from Liverpool FC Montevideo , but is struggling for the moment to give satisfaction. In difficulty in the three matches he played, Ignacio Ramirez did not come into play against OL and was not in the group against Strasbourg . His wife, Antonela Lima therefore hopes that he will have more playing time soon.

“He is eagerly awaiting another opportunity”

“He looking forward to another opportunity to get more minutes and score a goal. I have a lot of faith in him and he too. It was very sudden. When he arrived, two days later, they put him in the field, without much adaptation. Five days later, in another game, he played as a starter. Communication was difficult on the ground, ”she confides in an interview with El Pais.