Mercato | Mercato – ASSE: This is why the sale of ASSE is a crucial issue for Romeyer and Caïazzo! 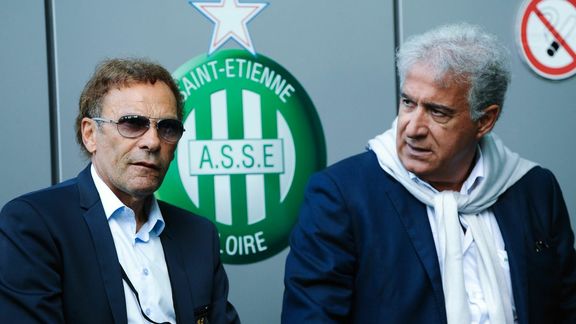 President of the Board of ASSE, Roland Romeyer hopes to sell the training before January. But this file continues to drag on, while the difficulties accumulate for the Forez club.

The Greens are in the red. At the sporting level, the record is catastrophic, with no victory recorded since the start of the season in the league. And at the financial level, the balance sheet is just as bad as explained by Xavier Thuilot , former director general of ASSE: “All the clubs are in the red by saying” it does not matter, we have just signed for 4 years at 1.3 billion, we are going to redo the icing more late”. And then patatras: Covid! 50% less on trading. And the L1 which is the only championship that stops. Canal + refuses to pay 250 million euros for a show that does not take place. And in the process, Médiapro says it will no longer pay. On arrival, TV rights also drop by 50% compared to what was planned. These two factors combined with anticipatory risk-taking mean that many clubs are in difficulty (…) A fund can refinance more easily, even if we have seen that in Bordeaux this was not always the case. Individuals must provide personal guarantees. Saint-Etienne therefore found itself among the most exposed clubs. From there, when you combine all that, when the world collapses around you, you have to quickly find resources quickly and slow down expenses ”. And the resources could come from a new shareholder, expected for several months in Forez. Indeed, Roland Romeyer and Bernard Caïazzo put the ASSE on sale last April and commissioned KPMG to select the best projects.

“It is a recognized fact that Bernard and Roland do not have the same personality, but …”

If the two leaders have the same desire to hand over, they clash head-on over the identity of the next strongman of the Greens. As But Football Club explains, Bernard CaIazzo would favor a major international project, while Roland Romeyer would have no difficulty in confiding the club to French investors such as Olivier Markarian , former CEO of Markal . “It is a recognized fact that Bernard and Roland do not have the same personality – explains Xavier Thuilot in an interview with Poteaux Carrés – When you partner in business, there are never twins, that does not exist. The root of the problem is not there. There are companies run by people who are not in the majority and things are going very well. The majority lets the minority do it because they have the skills. It is not just a question of the balance of power. Good management is a question of competence! The rest is literature … the emotional side, “I love you neither,” it fuels the media because it's football! But it does not exist on a daily basis. I'm not saying it doesn't influence, but the final decisions aren't based on that! “.

” If the club can get through this before the end of the season without a sale? I don't know ”

While the club has received several applications, the sales process is dragging on. However, Roland Romeyer had expressed the wish to complete this file before the beginning of January. And as Xavier Thuilot explains, the ASSE would need a boost, even if the club has been well managed in recent months, safely passing the obstacle DNCG : “If the club will be able to go out before the end of the season without a sale? I do not know. It goes really fast you know, and I haven't been through the last six months of last season. I had the impression seen from afar that they had mastered the balance between finances and the athlete. The exercise on June 30 seems to have been counted under control, there were no sanctions from the DNCG. Afterwards, the situation is structural. You are burning a lot of money in payroll and revenues are still low. You can have a good accounting result and stick your tongue out in cash. Like many clubs, ASSE is in this situation and will seek to sell players in order to survive ”. The sale of the ASSE could therefore give the club a breath of fresh air, after several difficult years.