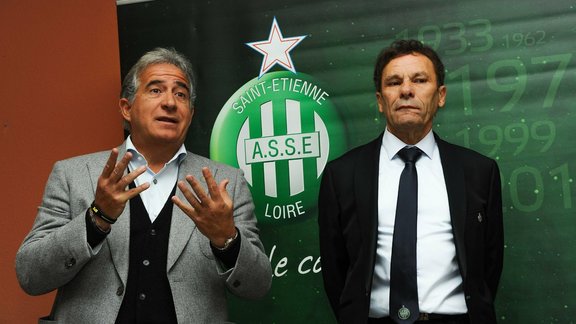 Although he is still in the race to buy ASSE, Norodom Ravichak would not have an investment capacity of € 100M as regularly announced.

As revealed exclusively by le10sport.com, Norodom Ravichak is still in the race for the takeover of ASSE contrary to what had been announced before. The Prince of Cambodia even seems to be the best placed at present to take over from Roland Romeyer and Bernard Caïazzo . His discretion in the last few days is therefore not synonymous with withdrawing from negotiations. On the contrary, the Cambodian prince seems to have received the message from the current owners of ASSE .

The means of the Prince of Cambodia very far from 100M €?

This Wednesday, BUT Football Club also confirms that Norodom Ravichak is still in the race to buy ASSE, but throws a little chill on this project. Indeed, the media assures that the means of the Prince of Cambodia are far from the 100M € initially announced, which would sow doubt internally on the real power of this project, especially since the origin of the funds of Norodom Ravichak has already been the subject of much debate …