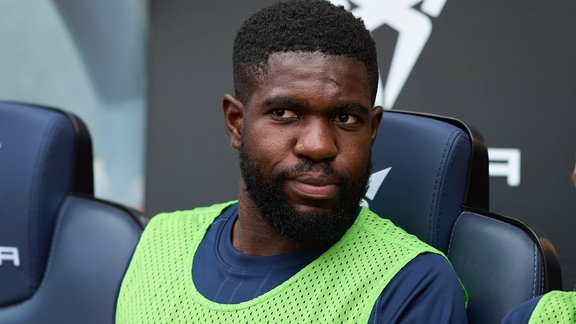 While FC Barcelona would like to continue its degreasing operation and in particular via Samuel Umtiti, the tricolor world champion categorically refuses to leave during the winter transfer window.

In the wake of the 2018 World Cup in Russia, Samuel Umtiti has had many setbacks on the physical level and particularly because of his knee problems which since, have prevented him from returning to his best level. What to encourage FC Barcelona to try to separate from the world champion who had been extended before the World Cup and who is under contract until June 2023. However, and after a long stint at empty, Umtiti He said he was ready and able to do battle in order to regain a starting place in the central defense of FC Barcelona . And an imminent departure would not be in the plans of Samuel Umtiti while the president Joan Laporta would try to reduce the payroll of the club culé, the income of the French being therefore.

Samuel Umtiti rejects the idea of ​​a departure this winter!

During an interview with Mundo Deportivo, Samuel Umtiti was asked about the possibility of eventually playing for a club other than FC Barcelona . A question that absolutely does not cross the mind of the world champion. “I don't see myself playing for another club, no, it's impossible. So far, it's very clear to me. I want to prove that I have the level to play here. The most important thing is to get well and show everyone that Samu is doing well ”. assured the central defender of FC Barcelona who does not intend to look elsewhere during the winter transfer window even if his situation did not change until then. “It's clear, the most important thing now is to play here because it's my club, I love this club. I want to succeed here, to play, to win with my teammates, with the team. I see myself here, I am waiting for this moment to play. I must continue to train, to work and to prove that I have a place ”. The tone is set and Barca therefore know what to expect.