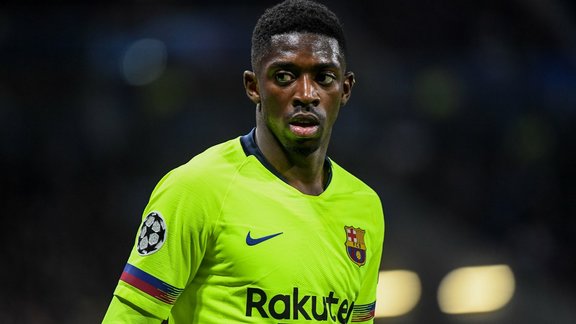 While his name has circulated on the Manchester United side in recent months, Ousmane Dembélé would no longer fit into the plans of the Red Devils, the fault of his repeated injuries.

Barely back on the pitch after several months of absence, Ousmane Dembélé is forced to return to the infirmary. The French international suffered a strained left thigh following the disputed game against Kiev (1-0) and is expected to be out for several weeks. Another blow for the FC Barcelona , which relied on Ousmane Dembélé to revive after a complicated start to the season. But internally, another issue arises with the French striker, who will be free in the summer of 2022 and still appear far from extra time, as several clubs are keen to get him back. However, this umpteenth injury could have consequences for the future of Dembélé .

Indeed, the physical state of Ousmane Dembélé has something to worry about some suitors, and this would be in particular the case of Manchester United according to information from El Nacional. This Friday, the Catalan media announced that the Red Devils have decided to draw a line on the French world champion, who had been followed for more than a year. A decision justified by the many physical problems encountered by the player.