Mercato | Mercato – Barcelona: A prestigious way out presents itself to Umtiti! 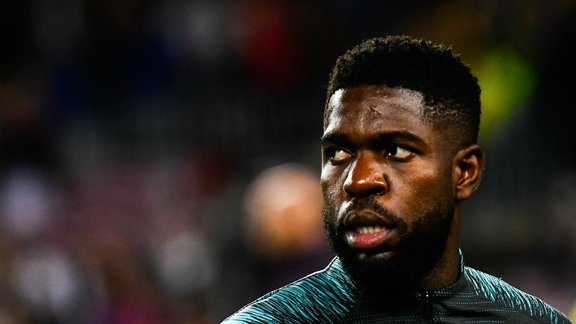 While AC Milan are looking for a new defender following the injury of Simon Kjaer, Samuel Umtiti would be targeted by the Italian team.

If FC Barcelona intends to strengthen this winter, departures are also expected internally, and they could even condition the next transfer window of the club culé. Several undesirables are being pushed towards the exit, starting with Samuel Umtiti, who has not played a game this season. Despite the arrival of Xavi on the bench of Barça , the French defender is going through a very difficult period, to the point that a breach of contract is even being considered by the management due to a lack of proposals. Which would not have escaped the notice of AC Milan .

Hit in the left knee facing the Genoa Wednesday evening, Simon Kjaer is forced to undergo surgery and will be unavailable for several months, forcing AC Milan to take action this winter to strengthen their defense. According to the Italian journalist Rudy Galetti , the Rossoneri would already have a few names in mind, including that of Samuel Umtiti , which could appear as a market opportunity if his contract were to be terminated by FC Barcelona . Maxence Lacroix (Wolfsburg) and Benoît Badiashile (AS Monaco) would also be targeted.