Mercato | Mercato – Barcelona: A promise made to Xavi by Al Sadd? 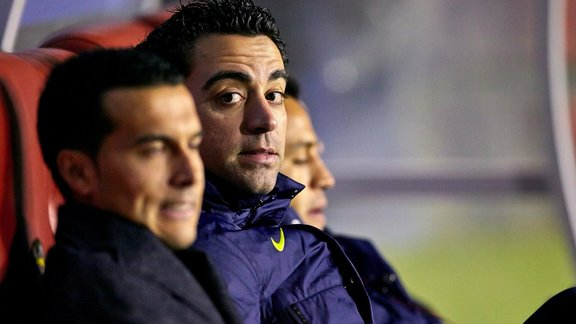 Xavi seems to be getting closer and closer to a return to FC Barcelona, ​​which has been without a full coach for more than a week.

FC Barcelona could have a new manager in the next few hours. RAC1 announced on Wednesday that a delegation from the Catalan club flew to Qatar, to meet the leaders of Al Sadd and find an agreement to release Xavi. The former midfielder has also emerged from the silence and clearly seems to lean for a return to FC Barcelona, ​​where he will not however find a certain Lionel Messi, left this summer for Paris Saint-Germain. However, the latest indiscretions on the subject speak of Al Sadd 's reluctance to let go of a coach whose contract still runs until June 2023 …

Xavi wants to remind Cheick of his promise

According to information from Mundo Deportivo, Xavi would like to take matters in hand and remind Cheick Mohammed bin Khalifa Al Thani the promise he made her just a week ago. According to the daily, the owner of Al Sadd has explained to his coach that he can be released from his contract if ever FC Barcelona come to pick him up. However, during the various statements that have arrived from Qatar in recent hours, Al Sadd 's position seems rather to keep Xavi at all costs.