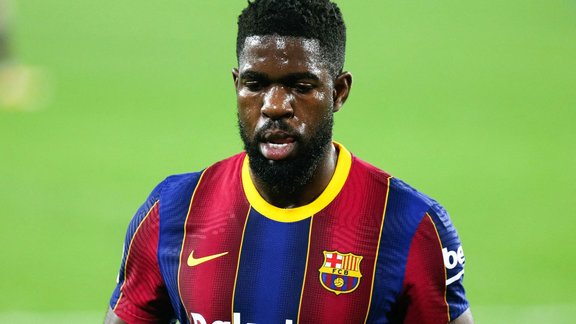 Going through a difficult sporting and physical pass at FC Barcelona, ​​Samuel Umtiti did not hide the fact of having been approached by clubs including OL and Manchester United.

Strongly reduced since 2018 and his knee problems, in the wake of the coronation of the French team at the World Cup in Russia, Samuel Umtiti is become a deadweight for FC Barcelona . On the one hand because of his inability to find his best level and especially because of his juicy salary increase resulting from his contract extension in June 2018 which binds him to the club culé until the summer of 2023. During this long period , Samuel Umtiti was regularly announced on the departure and return to France, he who was trained at the OL . A homecoming at the Rhone club was mentioned, like a signing at OM or at OGC Nice . Umtiti admitted to having been approached.

Samuel Umtiti admits to having received offers from OL, United and “several clubs”

For Mundo Deportivo, Samuel Umtiti confessed to having been approached by several clubs during his long journey through the desert. “Offers from OL and Manchester United? Yes, from several clubs ”. underlined the tricolor world champion who however insisted that it was FC Barcelona or nothing in his mind. “What if I said I didn't want to leave, hoping to be successful at Barca? Yes of course. Everyone knows I love this club. No, I couldn't see myself elsewhere ”.