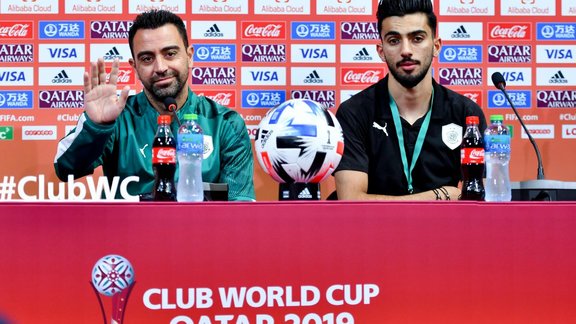 Despite the enormous cold cast by the boss of Al-Sadd over the future of Xavi Hernandez, FC Barcelona remain convinced they can get their hands on the living Blaugrana legend.

While FC Barcelona left the keys to the squad to Sergi Barjuan who has been acting as an interim since last Thursday until the club can find a successor to Ronald Koeman , Barça would get closer to his goal. Indeed, after many rumors and speculations about him, Xavi Hernandez should become the new coach of FC Barcelona . Moreover, the Blaugrana leaders could complete this operation as soon as Thursday after an interview with the leaders of Al-Sadd . Nevertheless, according to Turki Al – Ali , Qatari club boss, in a statement said that it was out of the question to let Xavi Hernandez go at such a crucial point in the season. “The position has been clear from the start: we are determined to keep Xavi and we cannot let him go at this point in the season.” Enough to revive the entire succession of Ronald Koeman ? So far, FC Barcelona would have thought of Luis Enrique or even Andrea Pirlo as alternatives to club culé's former iconic number 8. Nevertheless, Xavi Hernandez would remain the priority of the administration of Joan Laporta to start a new cycle after the ouster of Koeman last Wednesday. And despite this startling statement from the head of Al-Sadd , FC Barcelona would have nothing to fear.

Nobody at Barça believes that Xavi will not come!

Indeed, as part of a summit interview scheduled to complete the agreement between Al-Sadd and FC Barcelona concerning the release Xavi Hernandez contract so that he can drop off his bags in Catalonia, a Barça delegation made the trip to Qatar on Wednesday. Indeed, it is the vice-president Rafael Yuste and the director of football Mateu Alemany who came to be the spokesperson for FC Barcelona when Joan Laporta will only be reached by telephone during the interview in question. This Wednesday evening, Yuste and Alemany were also seen in the stands for the match between Al-Sadd and Al – Duhail . And this move would clearly not be trivial.

According to the information disclosed by Guillem Balague , the presence in Qatar of Mateu Alemany and Rafael Yuste would speak for itself. Indeed, no member of the administration Joan Laporta would expect a failure in the operation Xavi Hernandez . In addition, within FC Barcelona , one would affirm, like the journalist of the SER Santi Ovalle , that : “It's not a problem if Joan Laporta doesn't come. Between today and tomorrow, we will make them understand that this is a strategic project ”. Confidence would be total on the side of the club culé for Xavi to make his comeback, but this time as a coach of FC Barcelona and not as a master player of the Blaugrana first team. It remains to be seen what will be the outcome of this soap opera with many twists and turns.