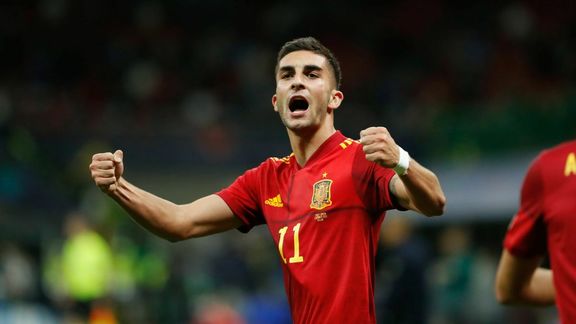 Manchester City would claim the sum of € 70 million to let Ferran Torres go during the next winter transfer window. A figure that is too high for FC Barcelona.

The winter transfer window will open its doors in the coming weeks. The opportunity for the FC Barcelona to strengthen in several positions and especially in the offensive sector. Despite its enormous financial difficulties, the Blaugrana formation would have activated many tracks and in particular that leading to Ferran Torres. An interest confirmed this Friday by Joan Laporta . “He [Torres] is one of the players we've been looking at, but there are a lot of others. We have to wait and see how everything goes ”declared FC Barcelona in an interview with TV3. According to the Spanish press, the Catalan leader has found a total agreement with Torres , who wants to return to Spain.

Torres too expensive for FC Barcelona

But Manchester City does not intend to facilitate the task of the Catalan leaders. As Marca explains, the England club would not want to hear about a loan and would like to recoup at least € 70m from the sale. A sum far too high for FC Barcelona, ​​ which is going through a rather delicate period financially. Some Spanish media recently reported on an offer of € 45m from Joan Laporta , but in reality the club have reportedly not budged a finger. Marca says it will be difficult to find an agreement on this Torres file during the next winter transfer window. It remains to be seen whether Manchester City will stick to its positions, while the player wants to return to Spain.