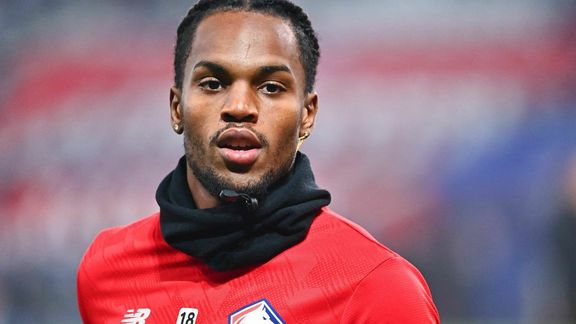 FC Barcelona would still be on the lookout for Renato Sanches and may well send a loan offer to LOSC next January.

Renato Sanches could not have played this season in the jersey of LOSC . As announced by 10Sport.com exclusively, the Portuguese international was close to FC Barcelona during the last summer transfer window and had reached an agreement with the Catalan leaders. But the operation fell apart due to a knee injury. “This summer, a lot of clubs called Lille. And then there was this injury and I knew I was going to stay here. Since then, I have been focusing on Lille (…) If I thought about leaving Lille before this injury? Yes. For FC Barcelona? Yes. What kept me from going to Barca? I think it's the injury. At first, it was a shock, but then you put it into perspective. Football is all about ups and downs and I'm used to it. I stopped thinking about interested clubs and the rest to focus on recovery, ”confided Renato Sanches in an interview with L'Equipe.

FC Barcelona is considering a loan with option to buy

But according to the Spanish press, FC Barcelona would be ready to return to the charge for Renato Sanches , under contract until 2023 with the LOSC . As reported, the Catalan club are still monitoring the 23-year-old's attacking midfielder's situation and may make an offer to the Lille club in the next winter transfer window. FC Barcelona are reportedly considering a buyout loan until the end of the season for Renato Sanches .