Mercato | Mercato – Barcelona: Coutinho, Dembélé … The terrible observation of Bartomeu on the succession of Neymar! 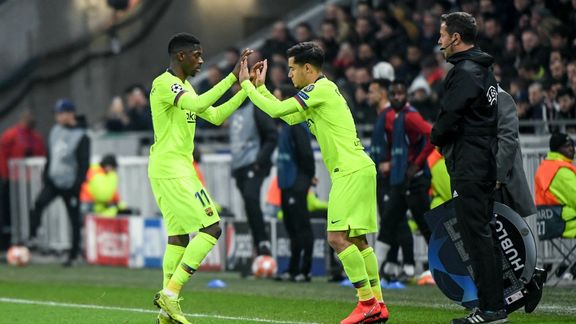 To replace Neymar, who left for PSG in 2017, FC Barcelona was spending a high price to afford Ousmane Dembélé and Philippe Coutinho. Two players who did not bring the expected return as entrusted by Josep Maria Bartomeu.

PSG struck a big blow on the market by getting their hands on Neymar in 2017 for 222M €. A heavy loss for FC Barcelona , who to replace him, did not look at the expense. The Catalan club spent 135M € to snatch Ousmane Dembélé from Borussia Dortmund, but also Philippe Coutinho in Liverpool. Two players expected, but who disappointed in Catalonia. Former president of FC Barcelona, ​​Josep Maria Bartomeu admitted that Dembélé and Coutinho had failed to raise their level at FC Barcelona and at ensure the succession of Neymar .

“Some recruits did not meet expectations”

“Some recruits did not meet expectations. Players who cost a lot of money, but those things are part of football. When these two players were recruited, everyone applauded these two transfers. Coutinho came because Iniesta was leaving. He was the best player in the Premier League. Dembélé arrived after Neymar left. According to specialists, we say that there is a 50% chance of being wrong and just as much of success, “said Josep Maria Bartomeu in an interview with TV3.