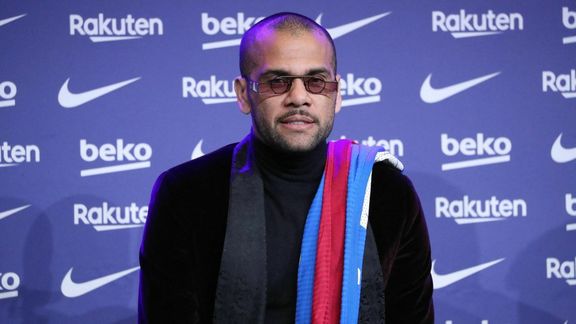 FC Barcelona's first winter recruit, Daniel Alves wants the club to regain its splendor and the taste for victory.

Arrived at the beginning of November to replace Ronald Koeman, Xavi saw another former FC Barcelona put his bags in Catalonia. Free since leaving Sao Paulo last September, the right-back has signed with the Blaugrana club until the end of the season and is expected to make his debut next January. 38-year-old Daniel Alves is delighted to be back, but knows the arduous task that awaits him.

“The club must become big again”

Present at Monte-Carlo this Monday, Daniel Alves was asked about his return to FC Barcelona and hopes that the club will regain its greatness, after complicated months. “My return to Barcelona? The feeling is different. The situation is more difficult and we have to try to do it right. We are in a phase of reconstruction, the club must become big again, “the Brazilian international told Sky Sports.