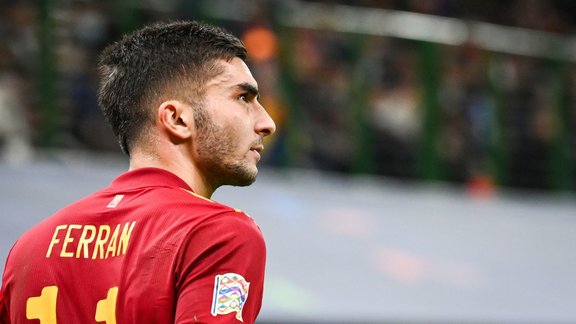 Pep Guardiola has spoken about the future of Ferran Torres, a player under contract with Manchester City until 2025 which is closely followed by Manchester City.

Who will be Xavi 's next recruit at FC Barcelona ? Arrived to replace Ronald Koeman , the former midfielder could be one of the big players in the next winter transfer window with several names mentioned by the Catalan press. The one who keeps coming back is Ferran Torres, arrived at Manchester City in 2020 from FC Valencia and one of the rising stars of the Spanish selection of Luis Enrique . Some also assure that Pep Guardiola would be willing to give this gift to Xavi, as well as to his former club.

“We are not going to let our players go for free”

At the press conference before the trip to Aston Villa, within the framework of the 14th day of the Premier League, Pep Guardiola seems however more measured on the possibility of seeing Ferran Torres spinning at FC Barcelona. “Ferran Torres? It is not my job to comment on this. You have to call Txiki Begiristain (City sporting director), or Ferran Torres' agent, or Barça, “said the Manchester City coach, after SPORT. “I've always said to my players, especially last year after already four seasons together: 'Please don't stay here if you don't want to be at the club. Do it for yourselves, but at the same time for the club ”. But at the same time, we are not going to give gifts. When we want to recruit, just because we are Manchester City, we are asked a lot more money than any other club. So obviously we're not going to let our players go for free. There has to be a negotiation, an agreement between the clubs … ”.