Mercato | Mercato – Barcelona: Guardiola set his conditions in this dossier at 70M €! 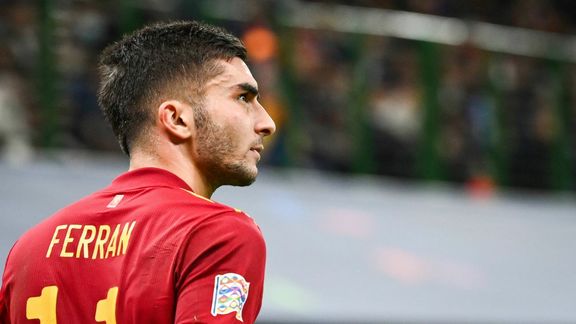 According to the Spanish press, Manchester City could agree to part ways with Ferran Torres during the next winter transfer window, but not under any conditions …

The FC Barcelona began to look into its winter recruitment. Despite their financial difficulties, the Catalan club have reportedly taken action on several issues, including that of Ferran Torres. The player of Manchester City would like to evolve under the orders of Xavi from the month of January and would have already found a total agreement with FC Barcelona. Joan Laporta must now find an agreement with the team coached by Pep Guardiola , but the negotiations will be complicated. As Marca indicates, Manchester City would claim 70M € in this file Torres .

In order to lower this amount, FC Barcelona would have offered the services of several FC Barcelona players such as Philippe Coutinho, Samuel Umtiti, Clément Lenglet or again Ousmane Dembélé, but the English club would have refused this proposal. As Marca explains, Manchester City would be ready to part ways with Torres during the next winter transfer window, only if players like Ansu Fati or Pedri are included in the operation. A request immediately refused by FC Barcelona, ​​ which recently extended the contract of the two Spanish nuggets.