Mercato | Mercato – Barcelona: Joan Laporta does not give up with this Spanish international! 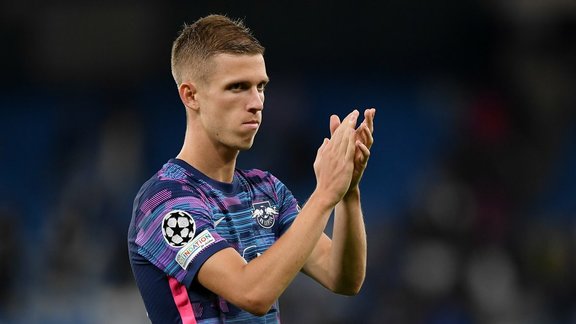 While he would be on Dani Olmo's footsteps for many weeks, FC Barcelona would still be in contact with the player currently playing at RB Leipzig.

In the midst of reconstruction, FC Barcelona must strengthen in several areas of play. And for its attacking sector, it is obviously on Dani Olmo that the Catalan club seem to be betting big. Indeed, it has long been announced that Barça would like to repatriate the one who passed through the ranks of Masia during his youth. And with this in mind, the Blaugrana would like to take action as soon as possible if we are to believe the latest echoes from Spain .

Indeed, Mundo Deportivo announces this Saturday that contact is still present between Dani Olmo and FC Barcelona, ​​ and that the interest is intact. The Spain international from RB Leipzig would thus always figure prominently on the target list of the residents of the Camp Nou and, if they could, the latter would like the enroll at the next winter transfer window. To be continued…