Mercato | Mercato – Barcelona: Laporta has made a decision for this former Barça icon! 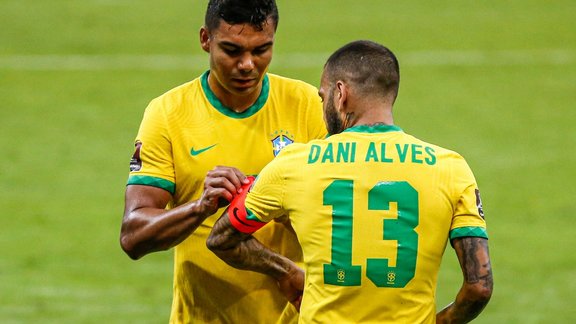 Free from any contract since the termination of his contract in Sao Paulo, Dani Alves will not return to FC Barcelona according to Fabrizio Romano.

Due to financial problems encountered by Sao Paulo , the Brazilian club could not continue to disburse the salary it owed to Dani Alves . Results ? The contract of the former glory of FC Barcelona has been terminated and the right-back is currently free from any contract. The opportunity for Barça to repatriate him, especially as Emerson Royal was sold during the last summer transfer window? Not really since Alves’s wish is not to join a club until the end of the season. “I am announcing to you that I have chosen to sign with no club by the end of the year. (…) Hard decisions have to be made, but as always, nothing is easy in life. It's just a decision. ” And the position of FC Barcelona indirectly joins that of Dani Alves .

Alves not approached by Barcelona

This is indeed what Fabrizio Romano communicated through his column Here We Go for CBS Sports. According to the Italian journalist, the Brazilian has received four offers including two concrete approaches from Brazil. Alves would have refused everything in order to cut and revive next summer. FC Barcelona would not have contacted their former full-back and that would never have been an option.