Mercato | Mercato – Barcelona: Laporta is arrested by the agent of this locker room executive! 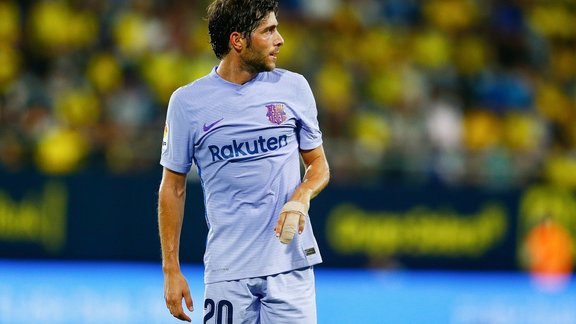 While his contract expires in June 2022, Sergi Roberto has still not reached an agreement with FC Barcelona to extend his contract. The player's agent has spoken on the subject.

Behind the scenes of FC Barcelona are very agitated lately. Since the ouster of Ronald Koeman on October 28, the club has been looking for a new coach. The name of Xavi is evoked with insistence to take place on the Catalan bench, since a delegation of Barça is currently in Qatar to negotiate with Al-Sadd the arrival of the Spaniard. On the side of the Blaugrana locker room, Joan Laporta is also said to be facing a major problem due to the contractual situation of Sergi Roberto .

According to Mundo Deportivo, Sergi Roberto would be ready to reduce his salary considerably in order to respond to the economic problems of FC Barcelona . For the current season, the 29-year-old would agree to reduce his income by the same percentage as the other captains of Barça , to then extend until 2024 on the basis of the average salary of the workforce. . In the columns of the Catalan daily, Josep Maria Orobitg , the agent of Sergi Roberto , called on the Barcelona management, who would not appear to come forward to renew the lease of his player: “We are waiting for Barça, who already know our approach and the player's desire to adapt to the economic circumstances of the club. »To be continued …