Mercato | Mercato – Barcelona: Laporta is waiting for a strong signal for Coutinho! 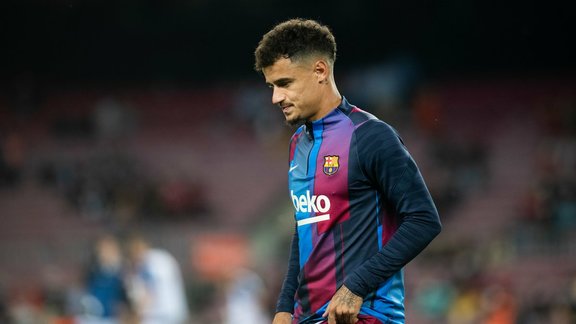 While he would no longer be part of FC Barcelona's plans, Philippe Coutinho could be pushed out during the next winter transfer window. Joan Laporta would notably be waiting for an offensive from Newcastle.

The future at FC Barcelona is darkening for Philippe Coutinho . Since the ouster of Ronald Koeman on October 28, the attacking midfielder no longer seems to be part of Barça 's plans. During the last two matches of the club culé, where Sergi Barjuan officiates as interim, the Brazilian was on the bench. Tuesday, on the occasion of the Blaugrana victory on the field of Dynamo Kiev in Champions League (1-0), Philippe Coutinho did not even come into play. In Barça , Joan Laporta would expect movement on the side of the Premier League to get rid of unwanted junk this winter …

Laporta awaits an offer from Newcastle

According to Sport, the FC Barcelona would be awaiting an offer from Newcastle for Philippe Coutinho , and this from the next winter transfer window. After being bought by the Saudi Arabia Sovereign Fund, the English club has a colossal fortune and would be interested in many players for the month of January, including Coutinho . On the side of Barça , Joan Laporta would be willing to let the Brazilian go in the form of a loan with a compulsory purchase option. It remains to be seen whether the Magpies intend to move up a gear for Philippe Coutinho .