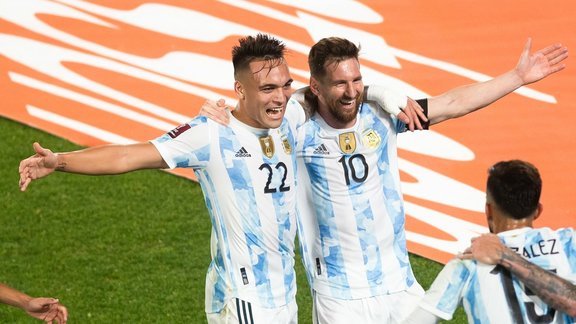 While he recently extended at Inter until 2026, Lautaro Martinez recalled the time when Lionel Messi wanted to draw him to FC Barcelona.

To relaunch a FC Barcelona which seemed already at the beginning of the crisis, Lionel Messi had slipped a name to its leaders in 2019, that of Lautaro Martinez. It must be said that the two know each other well having rubbed shoulders with the Argentine selection and compatibility was immediately seen on the ground. Luis Suarez at the time even helped his friend by speaking publicly about a Lautaro Martinez arrival at Barça … which never happened. The striker has indeed remained at Inter where he recently extended until 2026, while Messi went to Paris Saint-Germain.

“It is true, we spoke several times of Barça with Messi, but … “

In an interview with Sport Mediaset this Thursday, Lautaro Martinez recalled this moment, confirming repeated attempts by Lionel Messi to attract him to FC Barcelona. “It's true, we talked about Barca a few times when we were in the national team. He was explaining the situation to me there … “said the Inter scorer. “In my county, I stayed quiet and talked with my club and then come to an agreement because I'm happy here. I'm happy to have stayed at Inter, because my family is very well here. ”