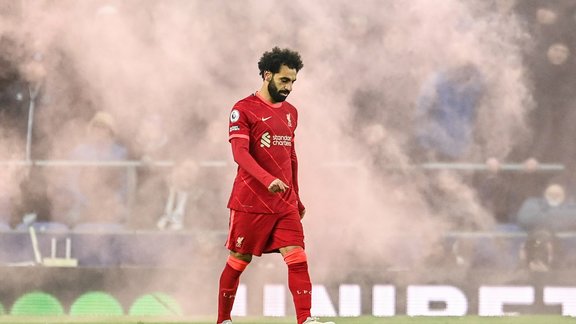 For the next offseason, Xavi Hernandez would dream of attracting Mohamed Salah to FC Barcelona as the Iberian press recently pointed out. However, the Liverpool forward has made it known that he is comfortable on the banks of the Mersey although he is flattered that his name is linked to Barca.

On the sidelines of the next summer transfer window, FC Barcelona should despite its financial problems, be particularly active on the transfer market. Indeed, having appointed Xavi Hernandez at the head of the Blaugrana squad just a month ago, Joan Laporta is likely to go out of his way to strengthen the squad coached by the Barca legend. According to El Nacional, Xavi would keep a watchful eye on the situation of Mohamed Salah in Liverpool where he is contractually bound at the Mersey club until June 2023. However, as he told Sky Sports last October, the 7th Ballon d'Or of the 2021 edition feels good in Liverpool although he was flattered by the interest of FC Barcelona .

“I have read what has been said about Xavi's interest to sign me. It's something that makes me happy that a team like Barcelona is interested in me, but I'm happy at Liverpool and we'll see what happens in the future ”. Mohamed Salah said in an interview with MBC Masr TV and in comments reported by The Liverpool ECHO.