Mercato | Mercato – Barcelona: Pedri's confidences on his arrival at Barça! 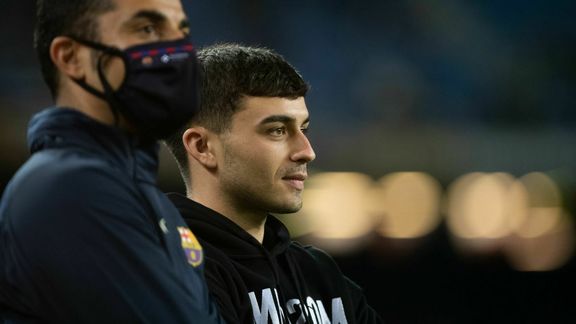 Already indispensable in Barcelona, ​​Pedri only arrived in Catalonia a year ago. A new chapter on which the old nugget of Las Palmas came back.

At only 19 years old, Pedri is already an essential player at FC Barcelona . In just a few months, the Spaniard has carved out a place for himself in the Blaugrana squad. Arriving in the summer of 2020 from Las Palmas , the midfielder was not expected to play a leading role right away at Barca. But Pedri was able to seize the chances granted by Ronald Koeman not to leave the 11 Barcelona. Today, the last winner of the Kopa Trophy is well established in Barcelona , although he had some fears when he thought of his bags.

On the occasion of an interview with France Football, Pedri reflected on his arrival at FC Barcelona . And the 19-year-old returned to his fears, explaining: “It was a bit difficult. I arrived when the team was playing Final 8. and I was training without the group, just with the other rookies, Francisco Trincao and Matheus Fernandes. It was quite special and unexpected. This is not what you imagine when you sign at a new club. I was actually nervous about meeting the rest of the team. But then the captains, Messi, Busquets, Jordi Alba, welcomed me ”.