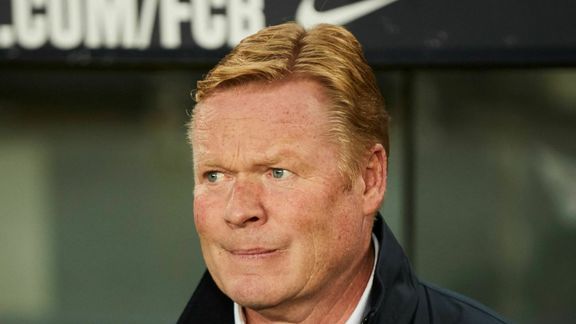 Present at a press conference this Saturday, Ronald Koeman did not escape questions about his future, while his team will challenge Real Madrid this Sunday.

FC Barcelona finds colours. After a disappointing start to the season, the Catalan club regained their taste for victory by winning their league match against Valencia FC last Sunday (3-1), then their Champions League meeting against at Dynamo Kiev (1-0). It wasn't all perfect, but Ronald Koeman will be satisfied. It must be said that since the start of the season, the Dutch technician has been at the heart of the news, mainly due to the disappointing results of his team. Bad matches that weaken his position. As his contract expires at the end of the season, Ronald Koeman was close to exit, but to journalists' surprise, Joan Laporta decided to back him up and continue to trust him. “Ronald Koeman will continue to coach Barça, regardless of the result against Atlético. We understand that he deserves a margin of confidence for many reasons, he is a Barcelonan, a reference in the Barcelona world. He will continue and deserve a margin of confidence. I spoke with him, I drew my conclusions. He is a reference for Barcelona, ​​he took on a difficult time at Barça. He could have had moments of discouragement but he has regained his senses and now that the injured are going to recover, he deserves this margin of confidence ”announced the president of FC Barcelona on October 2.

“For me, things are clear”

Ronald Koeman therefore remains on two victories. This does not prevent journalists from questioning him about his future at FC Barcelona. “If I have to answer that before every game … For me, it doesn't have to be the president saying it every week. Things are clear. I feel supported, but I know that everything depends on the results ”answered Ronald Koeman at a press conference. The technician has the opportunity to silence the critics by winning the Clasico against Real Madrid on Sunday. A special meeting for the coach of FC Barcelona, ​​ who does not feel the pressure. “What if I have more pressure? You can't have more, I think. I know that is part of being a coach, there is no problem. I know the importance of the classics. I won and lost them as a player. You have to see the positive side of having fun. For me, this is my first Clásico as a coach and with the public. It will be totally different. You have to be excited, ”he told the media on Saturday. A defeat should not cost him his place, but a victory could well allow him to regain some credit with the supporters of FC Barcelona .