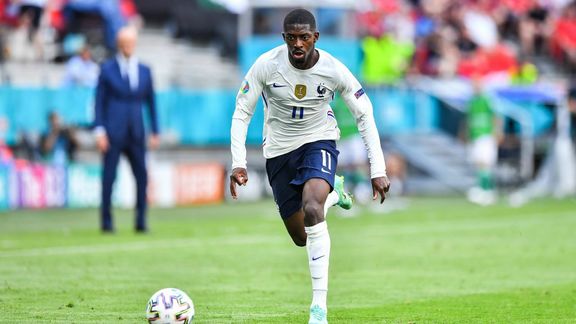 The next few days are likely to be decisive for the future of Ousmane Dembélé. FC Barcelona leaders are expected to meet with the player's entourage to discuss a contract extension.

Arrived at FC Barcelona in 2017 to make up for the departure of Neymar, Ousmane Dembélé has not always been unanimous within the Blaugrana team due in particular to his many physical glitches. But as his contract expires at the end of the season, Catalan officials have no plans to part ways with him. New coach of FC Barcelona, ​​Xavi hopes to count on the French international during the next exercise: “I had an individual interview with him and I made him understand that it is very important for my project, explained the Catalan technician this Friday, in a press conference . For me, it's very important to have him in the team. It depends on him. He told me he's happy here. I hope to be able to renew his contract, he is a footballer capable of making a difference in the years to come ”. The player, who returned to the pitch last Tuesday against Benfica , was also keen to extend his time in Catalonia. ” My future ? I don't know, there hasn't been a discussion with the club yet, but I'm happy here at Barcelona, ​​I feel good. Frankly, we'll see what happens, “Dembélé said last April in an interview with beIN SPORTS. Negotiations have started between the different parties, but positions remain distant.

Negotiations with Barça at an impasse

According to Sport information, the leaders of FC Barcelona are working to complete the file Ousmane Dembélé before the end of 2021. President of the blaugrana team, Joan Laporta would have recently sent an offer of extension to the winger, who would have rejected this proposal. As indicated by Foot Mercato, Dembélé would not be satisfied and would demand a higher salary from his team, in great financial difficulty. The player’s clan believes he has the ability to win the Ballon d'Or and, as such, he deserves financial recognition. The 2018 world champion would basically like to stay at FC Barcelona, ​​and hopes that his officials will reverse their decision. Moreover, Joan Laporta should meet in the coming days with Dembélé's agent, Moussa Sissoko , with the hope of finding common ground. In the meantime, the situation drags on and many teams are reportedly monitoring the position of the various players.

As indicated by Foot Mercato, several clubs would remain on the lookout. The French international is said to have had a nice coast in England and even has an offer in his hands. According to the media outlet, a Premier League cador would offer the player an annual salary of € 20m with a signing bonus of € 30m. Much higher than the FC Barcelona proposal. In addition, Sport announced that Newcastle had also contacted the player, but that the latter had ended the negotiations. For its part, the Catalan press announced this Saturday that PSG would have also ticked the name of Dembélé . According to reports from El Nacional, Nasser Al-Khelaïfi would appreciate the qualities of the Barcelona winger at a turning point in his career.