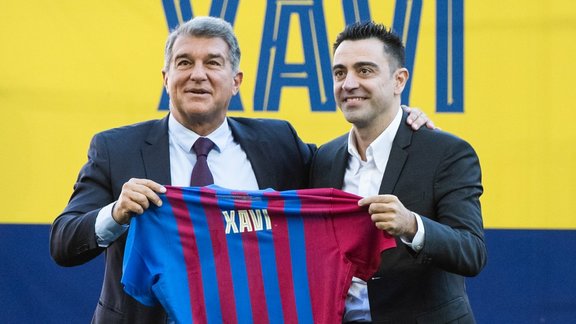 < p>Although he is not very talkative when it comes to talking about the transfer window, Xavi is much more to claim the extension of Ousmane Dembélé: “I had a one-to-one discussion with him, I made him understand how important he was for me, not only for this season but also for the future. It's up to him to decide. I hope he can renew his contract because he is a player capable of making a difference in the years to come. I talk to him, I don't know his entourage, it's up to him to decide. “The coach of Barça can be reassured since Ferran Reverter , general manager of the club, reveals that the Blaugranas will have the opportunity to strengthen this winter and to extend Ousmane Dembélé .

Barça will recruit this winter … and are optimistic for Dembélé

“Obviously, Barça can recruit, he can recruit this winter as he can next summer. But Barça have to be very careful with the way they recruit and of course we can extend Dembélé. But again, maybe it will take a little longer, because the situation at the club is such that we are looking at it very carefully. There is no doubt that Barça can recruit this winter, because we all know that it is still a very complicated market, and that Barça will also strengthen next summer, ”assures- he in comments reported by Mundo Deportivo.