Mercato | Mercato – Barcelona: Xavi adds a layer on his new adventure at Barça! 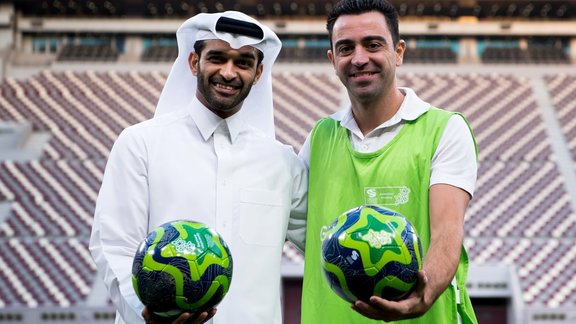 Xavi Hernandez is FC Barcelona's priority track to succeed Ronald Koeman. And although Al-Sadd has cast a chill on the departure of the living legend from the Blaugrana club, Xavi is set to return to Barcelona.

Certainly, Al – Sadd dropped a bomb this Wednesday as part of the meeting between the team coached by Xavi Hernandez facing Al – Duhail . Indeed, the general manager of Al-Sadd conveyed the following message through a press release. “The club's position has been clear from the start. We want to keep our coach, Xavi, with us and we can't let him go at this point in the season ”. What to throw a big chill on the potential return of Xavi Hernandez to FC Barcelona , priority of the club culé for the succession of Ronald Koeman ? Not to believe the main person concerned. Xavi spoke at the SER microphone, saying he hoped an agreement would be reached between Al – Sadd and FC < strong> Barcelona .

“It's an exciting stage in my career”

“It's been moving, I don't know what's going to happen. The two clubs are in talks and we don't know how it will end. I'm a very positive person and I think it's common sense they have to be okay with it. Both clubs know my position and I hope everything will be sorted out soon. Whoever is going to coach Barça does not have to be a messiah. It's a question of team cohesion, a return of enthusiasm and positivism. Yesterday we saw a different Barça. There is a good team to do things, but we'll see. We must all row in the same direction. It is an exciting step in my career. We are all looking forward to this and it would be spectacular ”. Xavi Hernandez told Tv3.