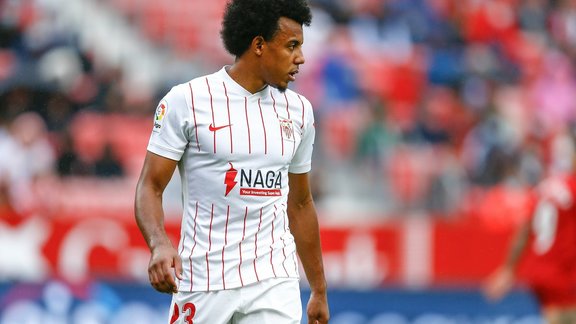 Seeking to provide reinforcement in the defensive sector of the FC Barcelona workforce, Joan Laporta would always be interested in Jules Koundé. A track that would also be validated by Xavi, favorite for the succession of Ronald Koeman.

FC Barcelona has struggled since the start of the season. Whether in the league or in the Champions League , the Catalan club is experiencing great difficulties. So, Joan Laporta are said to be looking to strengthen Barca's squad and have already placed a few names on their roster. In the defensive sector, the Blaugrana president would be particularly attracted by Jules Koundé. In great form with Sevilla FC last season, the 22-year-old won the envy of several European clubs. FC Barcelona would not let go of the track and it would even have been validated by the favorite as coach.

Like the 'reported the director of OK Diario Eduardo Inda at the microphone of El Chiringuito, Xavi would also appreciate the profile of Jules Koundé . The performances of the tricolor central defender with Sevilla FC would not have gone unnoticed by the former FC Barcelona midfielder announced as the favorite for the succession of Ronald Koeman . The current Al-Sadd coach would not be against seeing the Frenchman landing in Catalonia soon to bolster Barca's defense.