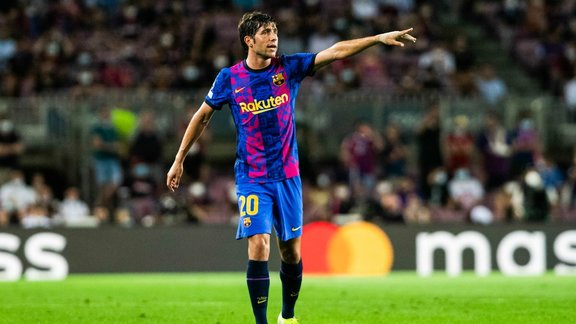 FC Barcelona could lose Sergi Roberto at the end of the season due to the expiration of his current contract. Nonetheless, Xavi Hernandez used his time at a press conference on Friday to assert the importance of his former Barca teammate.

Two issues have been gaining momentum behind the scenes in recent times at FC Barcelona . Indeed, for identical contractual reasons, Sergi Roberto and Ousmane Dembélé could well become free agents at the end of the season, like Lionel Messi when last year expired. And in the same way as for the tricolor world champion, the contract extension of Roberto would become more complicated, to the point that those around him felt that it would become less and less likely that an agreement would be reached between the different parties for a signature as the Iberian press has pointed out in recent hours. Enough to push Xavi Hernandez , new FC Barcelona coach and former teammate of Sergi Roberto , to step up to the plate .

Roberto is “a fundamental player for the team” according to Xavi

“Sergi is a person who is an example for the youth team, for the professionals, and he has played for a year in pain and was unfair to him. And he was criticized, whistled at Camp Nou, despite his involvement. He was never 100%, he tried, but it was not possible and I recommended him to stop. We must value this player, he is a fundamental player for the team and that is what I transmitted to the club. And we hope that when he gets well, he will be happy and be able to give the best of himself because the team needs him ”. said Xavi Hernandez during his visit to a press conference on Friday.