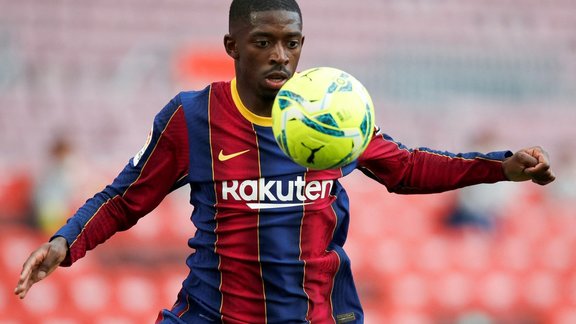 At the end of the contract on June 30, Ousmane Dembélé would still be far from an extension with FC Barcelona. While the French striker would have refused his latest offer, Barca would not let go and do everything possible to reach an agreement.

Arrived at FC Barcelona in the summer of 2017, Ousmane Dembélé could no longer last there. While his contract will expire on June 30, the French international will leave freely and for free in the summer of 2022 if he does not extend by then. To avoid this terrible scenario, Barça would work hard to convince Ousmane Dembélé to extend. However, the former Borussia Dortmund is said to be tough in business.

According to Marca's information, FC Barcelona have submitted an offer of extension to Ousmane Dembélé. While he has had a series of injuries since his arrival in Catalonia, Mateu Alemany would have offered him a lease with low fixed remuneration, but with XXL bonuses if he came to play all matches. However, the conditions of this contract would not have pleased Ousmane Dembélé at all. And for this reason, the number 7 of FC Barcelona would have refused to sign. Thus, the standoff would continue between the Ousmane Dembélé clan and the management of Barça. Xavi and Joan Laporta trying to renew the contract of their French striker by all means.