Mercato | Mercato – Barcelona: Xavi will already have to make a big decision! 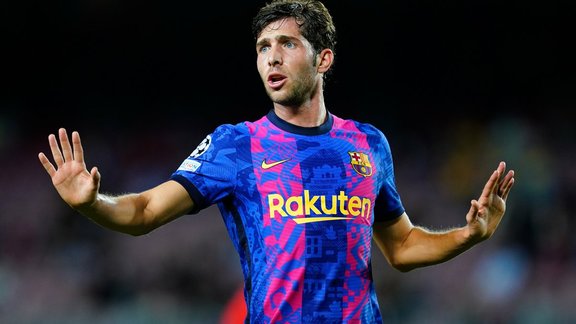 In the midst of negotiations to renew his contract, Sergi Roberto would not be able to come to an agreement with FC Barcelona. Announced with insistence to take place on the bench of Barça, Xavi could have the last word in this file.

For several months, FC Barcelona has been plagued by many financial problems. In order to reduce some of its charges, Joan Laporta negotiated with the executives of the club culé so that they agree to reduce their salary. Thus, Gerard Piqué , Sergio Busquets and Jordi Alba have recently sharply reduced their emoluments with Barça . However, the last co-captain of the Blaugrana, Sergi Roberto , would not manage to get along with his leaders …

In the event of arrival, Xavi will have to decide for Sergi Roberto

According to information from Mundo Deportivo, negotiations between Sergi Roberto and FC Barcelona have been at a standstill for a month now. The Barça would have assured to have the intention to extend the contract of the Spaniard, without demonstrating it concretely. For his part, Sergi Roberto would consider all scenarios, including the transfer to another club. Faced with this complex issue, Xavi , whose name has come up constantly in recent hours to become the new coach of Barça , could have the last word on the future. by Sergi Roberto in Barcelona .