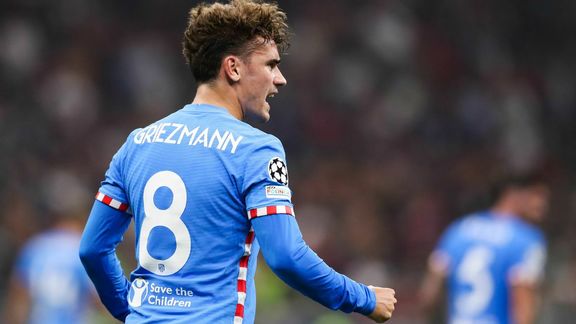 After two rather complicated years at Barcelona, ​​Antoine Griezmann has returned to Atlético de Madrid. And for the French, everything is going pretty well at the moment with the Colchoneros.

If Antoine Griezmann fulfilled a dream by joining FC Barcelona in 2019, that dream turned into a nightmare. For two seasons in Catalonia, the Frenchman never really managed to find his place and it was reflected in his performances. An ordeal that finally ended during the last summer transfer window. Having to tighten their belts, Barça got rid of Griezmann, sending him back to Atlético de Madrid in the form of a loan with an option to buy.

“I'm fine, I'm enjoying it and it will get better and better”

To find a smile, Antoine Griezmann has therefore returned to where everything has succeeded for him. And today that choice is paying off. After a rather complicated debut at Atlético de Madrid , the Frenchman is finally back to the performance he deserves, as his title as the Colchoneros' best player of the month for November testifies. And on this occasion, reported by AS, Griezmann explained: “My personal situation? It took some time to recover, it's a lot of tactical changes, pace and other stuff that the coach calls for. I knew that with the confidence of the coach, the teammates, the club and the supporters, it was going to be okay. I'm fine, I'm enjoying it and it will get better and better ”.