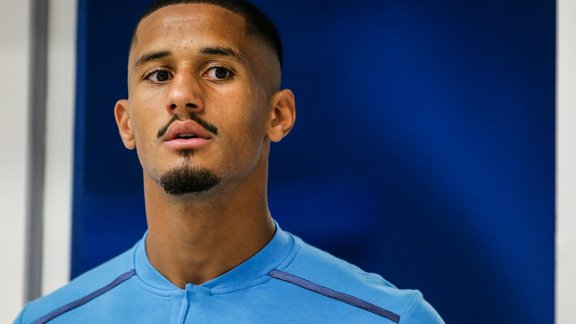 On loan from OM this season, William Saliba caused a sensation during the Classique against PSG, to the point of raising some questions across the Channel about Arsenal’s decision to let him go. Nonetheless, the Gunners are said to be counting on the French defender for the future.

This summer, the OM has not been idle with no less than eleven reinforcements on the clock, and the choices of Pablo Longoria have so far been rather profitable. In particular, William Saliba’s start to the season is unanimous as the 20-year-old defender, belonging to Arsenal , is on his third consecutive loan in Ligue 1 after appearances at ASSE and OGC Nice . Saliba did not play a single game with the Gunners, a situation that could give ideas to OM with the ambition to keep the Frenchman at the end of the season. However, Arsenal would have clear ideas on the subject.

After the XXL performance of William < strong> Saliba against PSG this Sunday, Goal UK took stock of the defender's situation at Arsenal . In England, many wonder about the choice of the London club not to have wanted to keep the player bought 30M € in the summer of 2019, but sources from Arsenal assure that William Saliba does indeed enter plans for the future by stressing the fact that no purchase option has been included in this loan to the OM , unlike the agreement concluded for Matteo Guendouzi . Arsenal are said to have plans to pick up the defender at the end of the season in order to take stock of his situation. William Saliba is under contract until June 2024 with Arsenal and could be subject to negotiations upon his return for an extension. The OM should in any case follow this file closely.