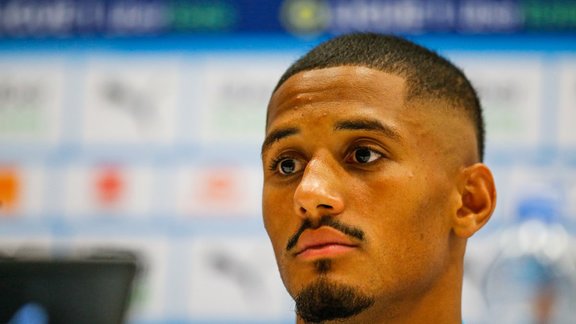 While William Saliba has never been able to show off with Arsenal's first team, the defender on loan this season at OM is said to be in a spirit of revenge and is ready to win over the Gunners technical staff next season.

Although he says to himself “100% Marseille”, as he told Téléfoot recently by performing the sign of the local rapper Jul while listening to one of the sounds of the artist, William Saliba would have the firm intention to use his good performances at the OM , where he is on loan without an option to buy for the entire season, in order to return to Arsenal and apply for a regular starting spot. “He doesn't want to come to Arsenal and stay on the bench, it's not his mentality, he wants to play for Arsenal. Next season he will make a solid record for himself ”. Here is the message that his physical trainer Nicolas Saint-Maurice was recently passing. And although his trainer Jorge Sampaoli seems happy with the performance of the OM central defender, Saliba should definitely pack up at the end of the season.

Saliba would only wait to prove his worth at Arsenal

At least that's what The Daily Telegraph said on Tuesday. According to the British media, the plan of William Saliba would be to return to Arsenal at the next offseason in order to finally be able to prove his worth to Mikel Arteta and the technical staff of the Gunners coach who never allowed him to play even for a minute with the first team. Moreover, proof of his determination, William Saliba would continue to take English lessons and would keep in touch with some of his teammates at Arsenal . In addition, the Gunners' board is reportedly looking to continue to oversee his performance with OM this season.